The Pinnacle Health Sports Medicine team is excited to kick off the 2014 High School football season. We would also like to extend a special thank you to all the orthopedic and family medicine residents who assist at the local high school football games.

Orthopedic Surgeons are comprised of orthopedic surgeons from Arlington Orthopedics and the Orthopedic Institute of PA (OIP): 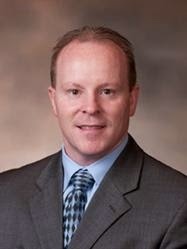 Dr. Timothy Ackerman is a Fellowship Trained and Board Certified Orthopedic Surgeon who practices general orthopedics, fracture care, and has specific interests in all-arthroscopic shoulder procedures including rotator cuff repairs and stabilization procedures for labral tears and instability.  He also focuses on arthroscopic knee procedures including Anterior Cruciate Ligament (ACL) reconstructions as well as arthritis and meniscus surgery.  Dr. Ackerman’s practice also includes joint replacement surgery on the shoulder and knee.  He is one of the only orthopedic surgeons in the Harrisburg area who completed a Sports Medicine / Arthroscopy Fellowship.  Dr. Ackerman is also one of the only surgeons in the area to perform all arthroscopic rotator cuff surgery.

Dr. Ackerman received his undergraduate degree from The Pennsylvania State University and his Doctor of Osteopathic Medicine (D.O.) degree from the Lake Erie College of Osteopathic Medicine (LECOM).  He then completed his Internship and Residency training in Orthopedic Surgery at Pinnacle Health Hospitals in Harrisburg.  Dr. Ackerman decided to receive advanced and specialized training and completed a one year Fellowship Training Program in Sports Medicine / Arthroscopy at the Hahnemann University in Philadelphia. During his fellowship training, he worked with the Team Physicians and participated in the care of the Philadelphia Eagles Professional Football Team, the Philadelphia Flyers Professional Hockey Team, the Philadelphia Phantoms Hockey Team, as well as Drexel University and Rutgers University. While working with the Eagles, he traveled with the team and provided care to the athletes which included a trip to the Super Bowl.

Dr. Ackerman lives in Harrisburg with his wife, Jami. 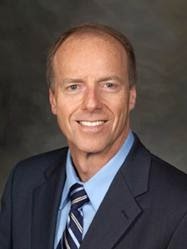 Dr. Frankeny attended Penn State University where he graduated first in his class with a BS in biology and a BA in psychology.  He then earned a Master’s degree in sports medicine and applied physiology at the University of California, Davis. He received his medical degree from the University of California, San Francisco, where he received the top award at graduation as the student who best exemplified the academic and caring aspects of medicine. He then served as an intern and resident in Orthopedic Surgery at the Penn State Hershey Medical Center. After a sports medicine traveling fellowship in Asia, he began a general orthopedic practice with the Orthopedic Institute of Pennsylvania in 1991. He now serves as their CEO/Executive Director.

Dr. Frankeny has been named to the “Best Doctors, Inc.” for years 2002 to present.

He has served as the team orthopedist for the Harrisburg Senators baseball team and several high school football teams. He has done orthopedic mission work in Haiti.

He resides with his wife on their farm in Juniata County and enjoys the frequent visits of his children and grandchildren. He relaxes by doing farm chores, reading, and exercise. He is a Monday morning quarterback for the Pittsburgh Steelers. 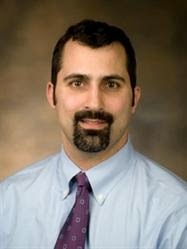 A native of Doylestown, Pennsylvania, Dr. DeLuca currently resides in Mechanicsburg with his wife, Amy, and their three children. 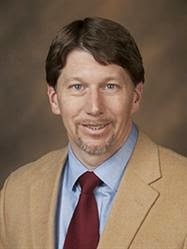 Dr. Kelly attended medical school at Penn State College of Medicine and completed an orthopedic surgery residency at Penn State Milton S. Hershey Medical Center. He served as a surgeon in the United States Army for five years during which he was stationed at Fort Leonard Wood, Fort Belvoir and Iraq. He also completed a surgery fellowship in Sydney, Australia, where he received additional training in rotator cuff repair, shoulder replacement and instability surgery. He joined OIP in 2010.

Dr. Kelly lives in Hummelstown with his wife and their four sons. He enjoys running, exercise, soccer and skiing. He is involved with his kids' activities, serves as an adult Cub Scouts leader and is the team surgeon for the Palmyra Cougars. He is also the current orthopedic team doctor for the Harrisburg Heat. 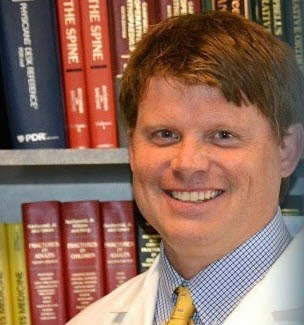 Dr. Buerk attended The Pennsylvania State University, the Philadelphia College of Osteopathic Medicine and completed his orthopedic training at the Pinnacle Health System where he scored among the highest in the nation on his orthopedic training examinations. He is a native of the mid-state area having graduated from Hershey High School in 1993.

Dr. Buerk currently resides in Hummelstown with his wife Erin, a fifth grade teacher in the Derry Township School District, and their 3 daughters. Having over ten years of formal construction training, Dr. Buerk continues to enjoy construction projects, woodworking and home remodeling. He also enjoys all outdoor activities including mountain biking, road cycling, swimming, hiking and fishing.
Posted by Unknown at 8:55 AM